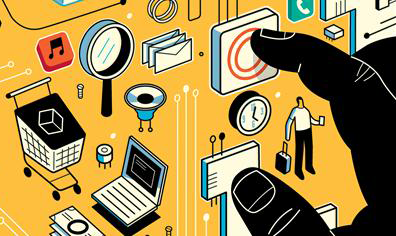 We all know the recent history of television. Not so long ago, the only ratings number you needed to consider was the audience at the time of original broadcast. Then the introduction of DVRs, on-demand video and Netflix introduced the concept of C3 — ratings/audience over the three days following the initial telecast. Now we have C7 – original airing date plus a week – to consider actual ratings and more important, advertising reach.

Consumers are now conditioned to watch television on their own schedule and not arrange their weeks around network programming times. This has introduced the term known as “time shifting” and changed the way programmers think about ratings and audience. Of course, this term originates from the historical reality that content suppliers set the time of availability and consumers follow that schedule or miss out. Technology removed that constraint and consumers now regularly access content on-demand. Platforms such as Netflix have been built almost entirely on this premise.

You may watch sports in real-time because of a desire for immediacy with a real-world event. However, that urge breaks down when you consider pre-recorded content on television. There may be some social and psychological immediacy benefits, but they aren’t nearly as compelling. Consumers are more likely than ever to wait days or weeks to accommodate busy schedules as they are to sit down when a network programmer decides is the original broadcast time. Research conducted by Hub Entertainment in February 2015 revealed that consumers report 53% of television viewing is now time shifted. Millennials in the 15-34 age group report time shifting for 61% of viewing.

What is the Time Shifting Implication for Radio?

Time shifting for television is now a fact and media producers and broadcasters have adjusted to habits driven by consumers. What is the implication for radio?

Radio also has pre-recording and live material that it broadcasts, often mixed together within the same programming. However, consumers are not taking time shifting steps into their own hands the way they did with TiVo and DVRs. If a radio program doesn’t fit their busy schedule, they typically miss it. Proactive radio programmers are now looking to access time-shifted audiences and are starting to offer more on-demand options online and through mobile audio apps.

Earlier this week, Inside Radio published a series of articles on industry movement in this direction. The first article started this way:

“Audio is busting out of the shackles of time and broadcast signal constraints, thanks to a range of distribution platforms, including apps, websites, social media and audio aggregators. Time-shifted on-demand audio is helping broadcasters grow radio listening and expose their brands to new audiences.”

In many past blogs and news articles, XAPP has stressed that radio has a lot of content assets to leverage in competing for consumer share of ear. Pure play Internet radio and streaming services are eroding broadcast radio’s listening time among consumers, but a big part of that is driven by the convenience of a great content consumption experience on mobile devices. XAPP’s partnership with jacapps was designed to help broadcasters make this transition and drive revenue from the new listening behavior.

Too many radio broadcasters are taking the half-measure of simulcasting online without considering how to improve the listener experience in this new environment or how to best leverage a time-shifted audience. An example of a broadcaster that is going beyond simulcast to on-demand is Greater Media’s WMMR in Philadelphia. Inside Radio reports that the station’s Preston and Steve Show, “delivers between 350,000 and 500,000 downloads per month.” That is a lot of audience that would have been missed if you only relied on a live stream and PPM measurement.

Similarly, another Inside Radio article reports that a recent WEEI interview with New England Patriot’s quarterback Tom Brady was downloaded or streamed 139,837 times and an ESPN Seattle interview with Seattle Seahawks coach Pete Carroll “racked up 35,000 listens.” Both segments provided unique, in-market content that drove local and national interest around breaking stories. Radio had a scoop and you didn’t need to be lucky enough to be listening live to hear it. On-demand audio helps accommodate loyal listener schedules while also exposing more audience to popular content.

Inside Radio also notes that there may be some misconception that only spoken word format is suitable for on-demand audiences. It’s article points out that, “two of Entercom’s top three on-demand stations were music FMs: ‘99.9 The Rock’ KISW, Seattle and modern rock ‘96.5 The Buzz’ KRBZ, Kansas City. Only sports WEEI, Boston (93.7) had more on-demand listening.”

A Supply Side Industry Must Adjust to Shifting Demand

Committing to an on-demand content approach is about more than being viewed as innovative or competing with the rise of streaming services. Consumer behavior is changing. Television has already adjusted to this change driven first by DVR technology and more recently by streaming video. The accommodation of time shifting has both responded to and reinforced consumer expectations that media should be available on-demand. Consumer loyalty is no longer about presence at 8:00pm on Thursday night. It is about watching every single episode, but only when it fits the consumer’s schedule.

The changed consumer expectations extend to all media. Some radio broadcasters have taken a proactive step to accommodate time shifting and serve up high quality content on-demand to loyal listeners. This is driving additional audience and helping to maintain radio competitiveness in an increasingly crowded media landscape. Live broadcast will continue to be an essential part of radio’s future, but it is clear that on-demand audio will be a key method of extending audience and enhancing listener engagement.

If you would like to learn more about how XAPP can help with your on-demand audio initiative, contact us here.